Serves 4 to 6 for dessert

I love the combination of cinnamon and chile but I find cinnamon can be a bit aggressive so I take out the cinnamon stick about halfway through the cooking. That way you get the cinnamon flavor without it overwhelming the dish.

Place the apricots in a bowl and cover with water. Let stand for at least one hour but preferably overnight. After they have soaked, drain the apricots and set aside.

In a saucepan, combine the sugar and water and heat on the stove until the sugar is dissolved. Add the cinnamon stick, chile and drained apricots and cook over low heat for about 10-15 minutes, until the apricots are cooked through but not mushy. The sugar and water will have thickened to a nice syrup by this point. About halfway through cooking, taste the syrup and remove the cinnamon stick if desired.

Once the apricots are cooked, remove the pan from the heat and take out the chile. Slice the chile thinly and return to the apricot and sugar syrup mixture. Cool and serve with ice cream or Greek yogurt. Store any leftovers (yeah, right!) in a jar in the refrigerator. 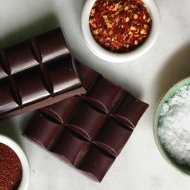 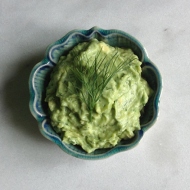 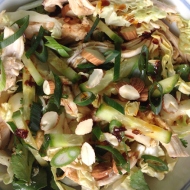