Two caveats. If you’re looking for how-to-can 101, then you came to the wrong place. These pickles are fine and dandy in the fridge for a week or so but if you want to whip up a batch and set ‘em aside for your daughter’s wedding in 18 years (be honest, she’s only 1 ½ now), then you’ll want to get some advice on preserving like how to clean the heck out of a jar. Second point. This was inspired by the most inspiring of foodie blogs Food52. I bow down before them. I’ve used rice wine vinegar instead of cider vinegar but either is great. And of course, I added chile. Natch. Feel free to add more chile but remember, it gets hotter the longer it sits.

Slice the cucumbers as thinly as you can without removing a finger. Place them in a clean jar – I’ve used a .75 liter jar here but don’t get fussy. You want the cucumbers to fit in nicely with some room to top it up with the pickling liquid. 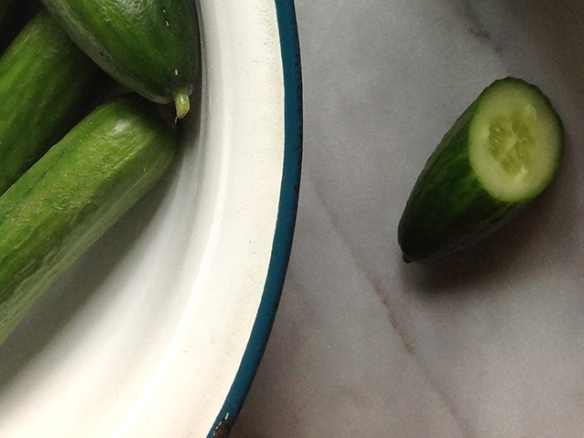 Place the remaining ingredients in a small saucepan. Bring to a simmer, reduce the heat and stir until the sugar is dissolved. Remove from the heat and pour over the cucumbers. Don’t worry if the liquid doesn’t cover the cucumbers (because it won’t). The cucumbers start to go soft and yummy soon enough. Let sit at least 4 hours then get eating. Keep in the fridge if there is anything left. 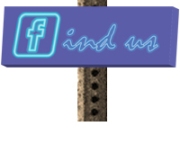