I don’t know about you but February makes me restless. Maybe it’s because winter has hung around longer than a dinner party guest you can’t get rid of, but suddenly I’ve got a hankering to pack up some sartorial splendor, dust off the ole passport and hit the road. If you’re feeling a bit of the same then we’ve got some inspiration from our foreign correspondent (aka friend) in London, Julia Platt Leonard. Here are some of her favorite foodie finds – perfect for a real or armchair trip.

When I moved to London 18 years ago, I got a lot of doleful looks. Sure there were positives –a place dripping with history, art to die for and how cute is the Queen with those corgis? But – and here was the rub – what about the food?

Let’s face it, England wasn’t known for its haute cuisine. It wasn’t known for any cuisine, come to think of it. But that’s all changed. Now it’s a smorgasbord of flavor (or flavour as we like to say) sensations and tasty treats. It is hands down the world’s top culinary destination. Picking some of my favorites was a toughie but here are a few that go in my ‘don’t miss’ column. 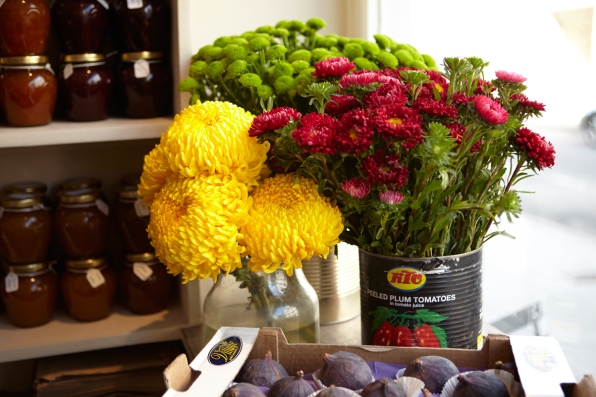 Ten tables – that’s all you’ll find at this tiny restaurant tucked into a quiet street in Fitzrovia but my heavens they pack a punch. It’s a labor of love from Itamar Srulovich and Sarit Packer who hail from Jerusalem and serve up what they call Middle Eastern Soul Food. Both are fabulous chefs but you’ll more likely find Itamar upstairs welcoming customers (expect a hug from this gentle bear) and making sure that each order is perfect. The menu – like the restaurant – is small but perfectly formed. It changes with seasonal treats like poached quince salad with curd cheese; creamy hummous with warm cumin mushrooms & pita; and a killer cinnamon-spiked falafel. A mezze platter for the table to share is a no-brainer. And don’t forget dessert. You’ll see them perched in the windowsill wooing you to caloric destruction. But what a way to go. On a recent trip with two American friends we didn’t order a dessert but Itamar brought us over a luscious pumpkin cheesecake anyway – worried about sending us out into the cold without something sweet to sustain us.

When you’ve put down your fork at Honey & Co., it’s only a short walk to Ben’s for a restorative coffee. While the barista is whipping up your flat white, take a peak at the shelves lining the walls of this chilled-out shop/cafe. Every product you see is made in London. You’ll find everything from wine, beer, cheese, jams, bread and even ceramics and homewares. As Ben proudly says, it’s all cured, created and crafted in London. It’s basically Ben’s love letter to London and folks come to hang out for a coffee during the day and a well-earned glass of wine or cocktail in the early evening with an entertaining chat with Ben thrown in at no extra charge.

Sometimes it’s the simplest things that make me salivate. So it is with the Bacon Naan roll at Dishoom. It starts with smoked streaky bacon from the Ginger Pig, one of England’s premier butchers. The bacon is dry-cured for five days with rock salt and demerara sugar (a coarse textured, raw sugar), then cold smoked over oak chips. The naan – an Indian flatbread – is baked in the tandoor oven then spread with cream cheese, chili tomato jam, herbs and of course that bacon. You can choose sausage instead or add an egg but the Bacon Naan is my favorite. It doesn’t hurt that it’s served by the nicest wait staff, in a setting that harkens back to old Irani cafes in Bombay (or so the website tells me). With several locations around London, it’s the perfect pick-me-up before or after a gruelling day of sightseeing. 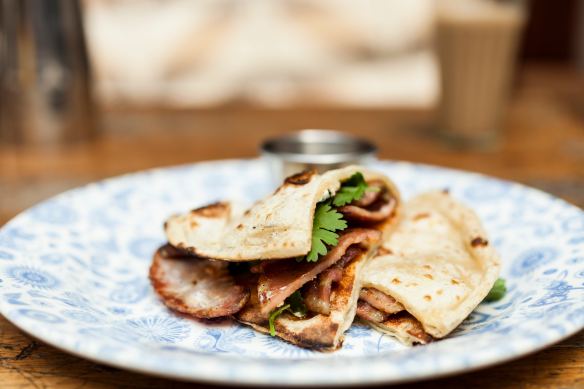 If an insider’s view of London’s culinary hotspots is what you’re after, then American-born Celia Brooks is the answer. She runs gastrotours throughout the city including her South Kensington Gastrotour, Sweet Delicacies of London and her ever-popular Borough Market tour (she’s the only licensed guide in the market). Check out her new tours with food and health expert Bettina Cortezi. 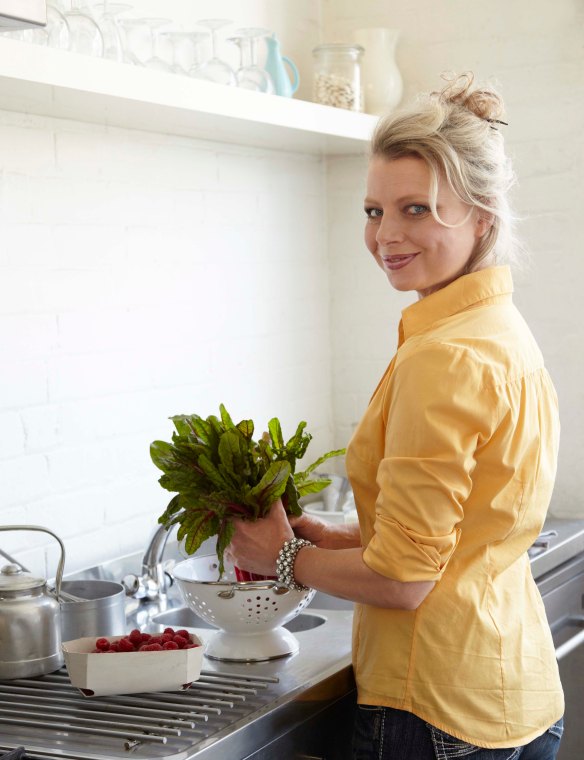 Best Martini: Duke’s Hotel. Choose gin or vodka but for heaven’s sake not an olive. Watch as the bartenders create your drink tableside, releasing a fine mist from the most gorgeous Amalfi lemons into your cocktail, then sit back and know that life is good. These are such lethal (but lovely) libations that there is a limit of two per customer. You’ve been warned.

Best bar for Dining: A toss-up. Either Le Caprice or Palomar. The vibe is totally different Le Caprice is white napkin with tinkling ivories in the background while Palomar is ringside seating as the chefs whip up some amazing Middle Eastern food. You choice!

Want any more recommendations? Got any suggestions? Just send a note to those wile chile guys and I’ll get back to you. And see you in London!